This is a cautionary tale for all brands.

What follows below are some of the details we couldn’t touch on in the interview.

Mountain Equipment Co-op was founded in 1971 by a small group of nature-loving, granola-eating, counter-culture hippies who wanted to buy camping and climbing gear on the cheap.

Fast forward to 2018 and MEC has stores in 22 Canadian cities, over 5 million members (I am one of those members) across Canada and around the world, and sells equipment for camping, climbing, skiing, hiking, running, paddling, and cycling. In 2016 MEC had over $460 million dollars in sales. Note: did you know that MEC members have complete control over the company? Including the power to dissolve the company/organization via special resolution

So, how on earth did a cool, progressive brand like MEC find itself in the middle of the most recent gun debate in the United States? Why are people threatening to boycott the brand? They don’t sell fishing equipment, hunting equipment or any products associated with hunting or shooting sports. What’s the problem you may be asking?

Who is Vista Outdoor?

Vista Outdoor as it turns out owns 13 firearms and ammunition brands, including the likes of “Savage” Arms. Guns are the core of their business. So much so that Vista Outdoor is a staunch supporter of the National Rifle Association (NRA). Vista sponsors NRA TV, has a booth at every NRA convention, and gives lots of money to the NRA annually.

The only reason Vista Outdoors owns non-shooting sports brands in the first place is to hedge against slowdowns in the gun industry – i.e. Trump takes office, gun and ammo sales go down because 2nd amendment activists see no imminent government threat to their guns (known as the “Trump Slump”). Knowing this volatility exists in the gun industry, Vista has spent the last 5 years diversifying its brand portfolio to add outdoor brands like Bell, Bollé, CamelBak and others so that they could protect against those slowdowns.

What’s more is that Vista Outdoor created a Political Action Committee (read: Super PAC) that among other things funnels money into political campaigns that support conceal/carry across state lines. Even more disturbingly the Vista Outdoor PAC has recently given money to two politicians in Utah who successfully sold millions of acres of public land (read: lakes, trails, rivers, nature) to the private sector to be turned into industrial sites for mining, drilling, and waste.

I repeat: the company insidiously named Vista Outdoors is funding campaigns to turn pristine natural habitats into industrial wastelands. I cannot possibly imagine a company more antithetical to the MEC brand. You can’t make this stuff up.

We haven’t even started talking about the NRA, one of Vista Outdoors most frequent and important bedfellows.

Why does the NRA matter in all of this?

In 1999 the NRA was weak with memberships dwindling, and defections from the likes of former U.S. President George H. W. Bush. Then Columbine happened.

Activists frustrated then (as they are now) by inaction from Congress, took action into their own hands. Lawsuits from cities, states, and Bill Clinton’s White House were filed or threatened against the largest arms manufacturers in the United States, like Glock and Smith & Wesson: the United States oldest gun manufacturer.

(Thousands of people protest the 1999 NRA Convention in the wake of the Columbine school shooting. NRA ends convention early due to mounting pressure)

Stressed by the lawsuits and mounting public pressure, the then Smith & Wesson CEO Ed Shultz, agreed to a settlement with the White House that would have seen voluntary reforms like child-safe triggers, the creation of smart guns that could only be fired by the owner, and bans on sales to dealers linked to criminal activity.

This was a major turning point in the U.S. gun debate that has led us to where we are today. The mere fact that Smith & Wesson were seen as negotiating with the government was a game changer.

For the NRA this was do-or-die. NRA labeled the company: The Smith & Wesson Sell out. Boycotts of Smith & Wesson soon followed. Orders canceled and value plummeted. They were made into an example for the rest of the industry: fall in line, back off, or we will end you.

Smith & Wesson’s value went from over $110 million to $15 million in the span of a year. It was later sold to a start-up, and in 2004 after the Clinton era ban on assault rifles ended, Smith & Wesson created a new gun modeled after the ever popular, military-style AR-15 gun. It was branded as the M&P 15.

Do you know what gun was used in the Parkland, Florida high school shooting that killed 17 people? You guessed it, Smith & Wesson’s M&P 15.

In the mid-2000’s when Smith & Wesson began their rapprochement with the NRA, the company’s CEO was gifted “The Golden Ring of Freedom” in recognition of the over $1 million dollars that Smith & Wesson had contributed to the NRA in the years following their failed foray into gun activism.

Other NRA related classics include the successful repeal of Obama era regulations that saw the removal of lead from shotgun bullets and casings. The Obama administration put this EPA regulation in place to protect natural habitats that were being adversely affected by lead leaching into the soil and water tables affecting lots of wildlife. Including, ironically, the Bald Eagle – one of America’s most important symbols. That’s right, the NRA and their confederates are totally down with the killing majestic endangered species and national symbols by slowly poisoning their natural habitats with toxic shell casings.

Where does the investment world stand?

67% of Americans in a recent Quinnipiac poll are opposed to assault rifles. I would say that the majority of American consumers are a pretty significant economic tool. The gun violence prevention movement is right to be focused on the money here.

Let’s take the divestment movement in the 1980’s and 90’s in the United States regarding South Africa. Activists in America, again disaffected by impotent political actors, took action by putting pressure on American firms to adopt the Sullivan Principles or divest their South African operations. Divestment eventually occurred, and in part was responsible for the fall of South African Apartheid.

Companies like Blackrock, one of the world’s largest wealth management firms with more than $6 trillion dollars under management, know that sentiments are changing. Especially among younger people (read: people who will eventually have money to invest). There is a movement in financial markets and in the investments world called E.S.G. Environmental Social and Governance. Millenials, future customers, are very driven by social purpose in their decision making and buying habits.

So much so that Larry Fink, CEO of Blackrock wrote an open letter to CEO’s over a month and a half ago telling them that their companies actually have to provide a net social benefit. “Society is demanding that companies, both public and private, serve a social purpose…To prosper over time, every company must not only deliver financial performance, but also show how it makes a positive contribution to society. Companies must benefit all of their stakeholders, including shareholders, employees, customers, and the communities in which they operate.” It should be noted that at present Blackrock funds hold 16% of Sturm Ruger, 12% of Vista Outdoor, and about 11% of American Outdoor Brands, the parent company of Smith & Wesson.

What are implications for the MEC brand?

So back to MEC. It’s no wonder that today the brand announced it would no longer carry products owned by Vista Outdoors. Vista Outdoors Outdoors literally lobbies governments via their Super PAC and the NRA to degrade natural environments, kill endangered species, and back down on sensible gun control. Sort of begs the question: Why was MEC buying from them in the first place?

MEC’s brand values are listed as:

These consumers choose to buy from MEC because they trust that the MEC brand follows their stated principles in everything they do – including who they buy their product from. This is about trust.

In a hyper-globalized, inter-connected, social media age brands need to be more aware and proactive with respect to who they do business with. If they aren’t transparent, consumers will be on their behalf. When that happens brand managers are no longer in control of their brand.

Thankfully for MEC they made the right decision today and took back control of their brand. For now. 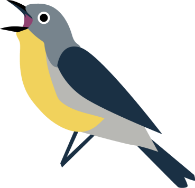